International human rights instruments are the treaties and other international texts that serve as legal sources for international human rights law and the protection of human rights in general. There are many varying types, but most can be classified into two broad categories: declarations, adopted by bodies such as the United Nations General Assembly, which are by nature declaratory, so not legally-binding although they may be politically authoritative and very well-respected soft law; and often express guiding principles; and conventions that are multi-party treaties that are designed to become legally binding, usually include prescriptive and very specific language, and usually are concluded by a long procedure that frequently requires ratification by each states’ legislature. Lesser known are some “recommendations” which are similar to conventions in being multilaterally agreed, yet cannot be ratified, and serve to set common standards. There may also be administrative guidelines that are agreed multilaterally by states, as well as the statutes of tribunals or other institutions. A specific prescription or principle from any of these various international instruments can, over time, attain the status of customary international law whether it is specifically accepted by a state or not, just because it is well-recognized and followed over a sufficiently long time.

We're not around right now. But you can send us an email and we'll get back to you, asap. 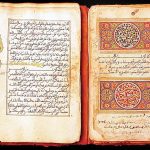 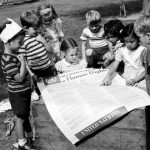